When asked to write about “dogs and love,” of course, it was easy because dog is love.

When I was a boy, living in the Western N.C. Mountains, there was always a dog around — flop-eared hounds, collies, herd dogs. We had a husky mix named Sheba who hardly left my side. We traipsed up and down the old mountain range in search of the elusive stake driver, Big Foot, and always on the lookout for Florida people.

It was a natural state, pure. I was content, young, happy without knowing. Sheba, too, I presume. She was there as I grew older. We concocted bigger stories, went deeper into the woods. Like the natural springs, gushing from the hillside, we simply were, without future or past.

Time ticked away, chipping at both of us until it claimed her–she simply gave out–and led me from those black mountains

The city called. Nashville had my heart. But, It didn’t matter to me as long as I could leave those smothering mountains where little boys played.

I left for Nashville, recording, living for a while in a studio owned by Waylon Jennings

I was on my way. I became cynical, less kind…far removed from Sheba and home. I wandered around for years and crashed.

The figurative road home was fraught with false starts, dead ends and dashed dreams until one night, while playing in a bar, I met Amy. We married. I followed her to West Virginia. 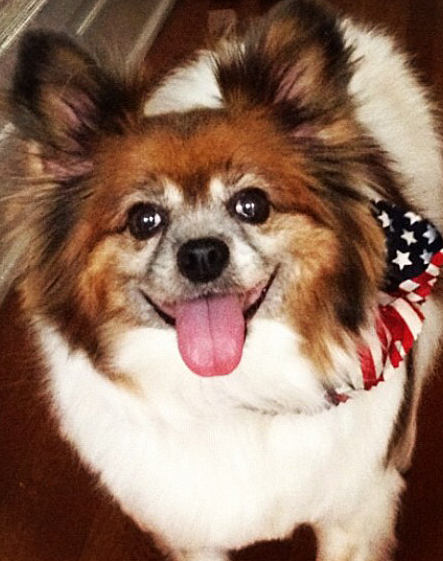 Pappy Tipton – the Papillon with soulful eyes who inspired Richie Tipton to come home at night.

Dog is love: A small dog with soulful eyes

At this point, it had been 25 years since I’d even thought about having a dog. One day, however, I walked into a pet shop and was drawn to a Papillon. I named him Pappy.

In my first year of marriage, I spent a lot of time alone with Pappy because Amy traveled. I didn’t feel anchored to an empty house. If she was gone it didn’t matter if I lingered over my supper and came home after dark.

I began to feel a longing, however, whenever I was out past 7 or 8 p.m. Now, I was compelled to finish my enchiladas and fly home to see Pappy. I couldn’t get over how he’d sit and stare at me.

His gaze made me uncomfortable. I’d ask him, “Why are you staring at me?” And he’d just sit there burning a hole with those intense, soulful windows.

It was through his eyes my journey to be the person I am, which is the person i was as a boy, and not the child I became, began.

I was home in the suburbs, but as with all things impermanent, I wouldn’t cool my jets for long. 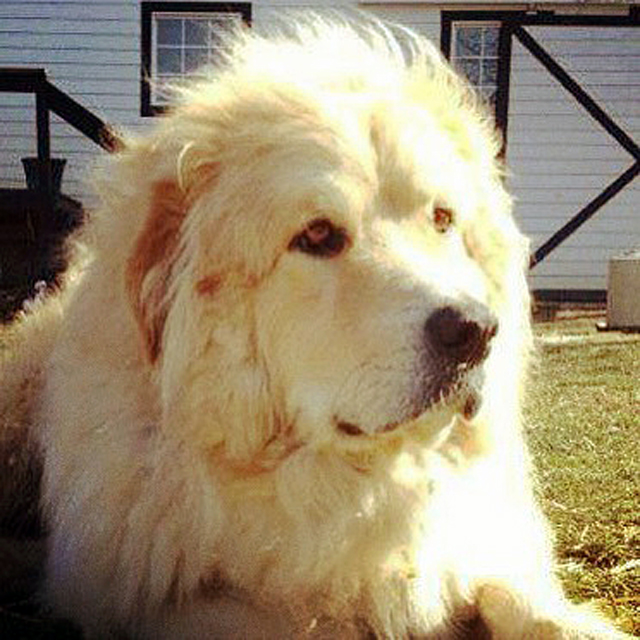 Dog is love: Shepherd – “Shep” the Great Pyrenees dog who brought the boy back to Richie Tipton on a farm in West Virginia.

Dog is love: A big dog brings me home

Amy found a farm with a beautiful, vintage barn. We moved. She began to bring home chickens, donkeys’ and Muscovy. One night, a fox killed some of the chickens. To protect our livestock we bought Shepherd, a Great Pyrenees.

There isn’t enough room to tell you what this dog did for me. I started to think about those black mountains, and Sheba. Mornings were fresher, honeysuckle blossoms sweeter, and Shepherd was always there.

Consistent, he always greeted me, sat with me, ran with me and moaned whenever I rubbed his ears. The fight in me waned as I realized I didn’t have to fight. I couldn’t imagine being anywhere else. I told anyone who would listen, “If I had six-weeks to live I would be happy to spend my days rubbing Shep’s ears, listening to him moan.” I had come around the bend. I was home. I was the boy I used to be, not the child I became.

Have you ever been inspired by a dog?