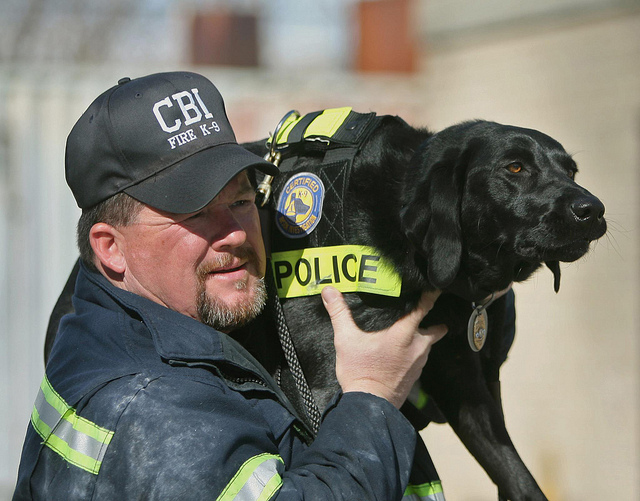 Sadie has been called a firefighter’s best friend and she’s been kissed by canine human hero Betty White. A nationally certified accelerant detection K-9, Sadie was a Finalist for the American Humane Association Hero Dog Awards. She loves her work, which since 2007 has included hundreds of fire scenes for the Colorado Bureau of Investigation. Her tribute video shows her at work.

And, in Jan. 2014 The Today Show, Dogs-and-humans featured Sadie and her work.

Can you give Sadie and her handler, Jerry Means, a round of applause?